Rabies and your pet 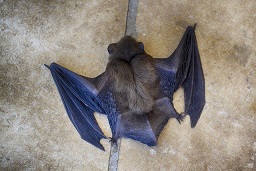 Most people know what rabies is, however not everyone understands the potential risk or how it is spread. Because it is such a serious disease, it is important to know the facts.

The good news is – rabies is very easy to prevent by keeping pets up to date on the rabies vaccine. Most counties have laws requiring current rabies shots in dogs and cats. The biggest risk is for un-vaccinated animals. If you or your pet receive a bite from an unknown or wild animal, it is always recommended to contact your physician or veterinarian for guidance. If the bite occurs from a domestic animal like a dog or cat, make sure to insist on proof of a current rabies. Don’t just take someone’s word for it. Rabies is not something to take chances with.

A little knowledge can go a long way. If you know the facts, you can be better prepared and keep your family and your pets protected. If you ever have any questions about rabies or anything else, we are always here to help!