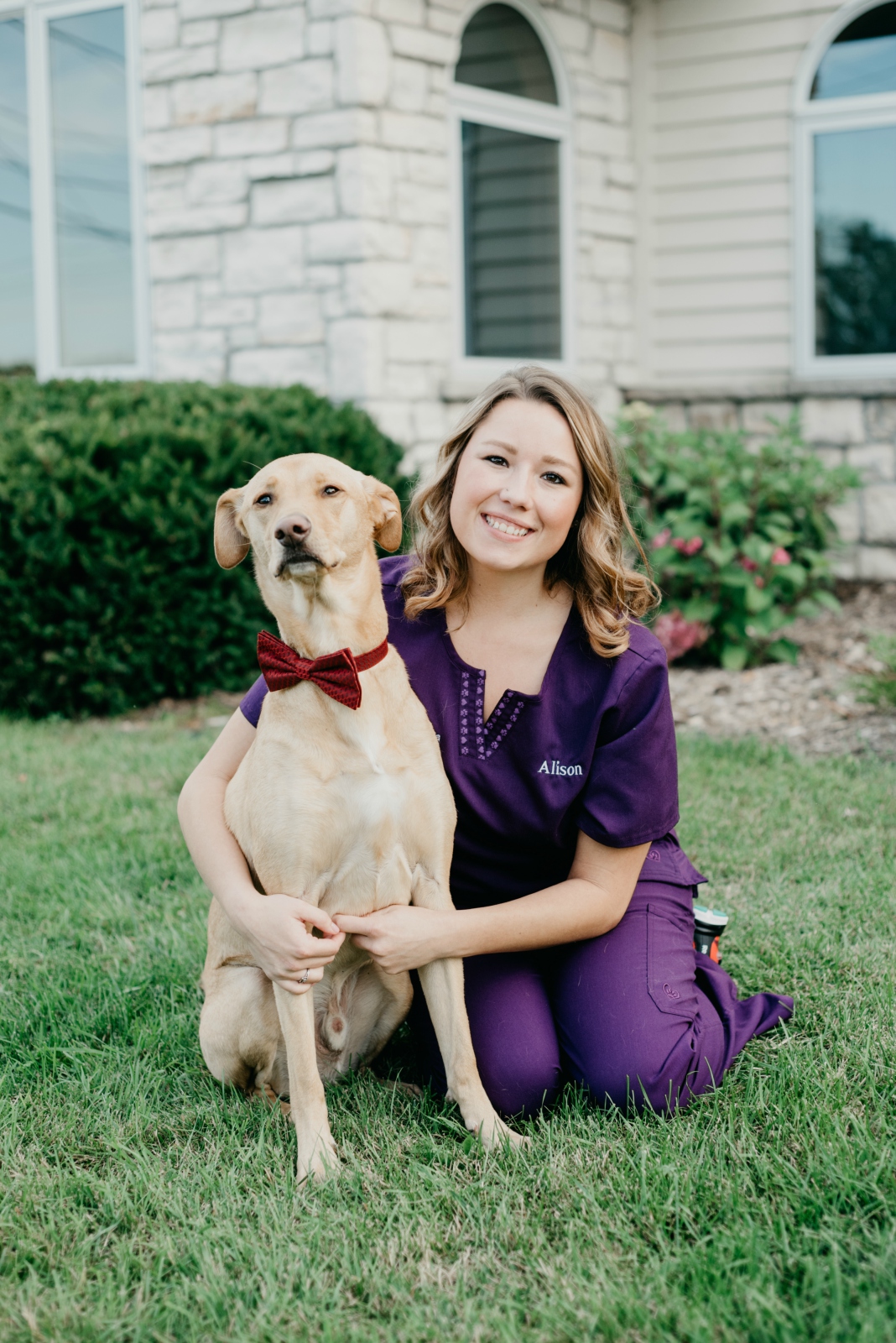 Alison was born and raised right here in Waukesha. Her passion for animals began when she was really young and she had the opportunity to milk Guernsey cows and bottle feed calves at a family friend’s farm in Hartford. When she was just 10 years old, she worked with therapy horses for children with disabilities. As a teenager, she spent a couple of years in Arizona. When she moved back to Wisconsin, she took a job at a doggy daycare and boarding facility. It was then that she decided to go back to school to get her associate’s degree in Veterinary Technology. She also has an associate’s degree in art.

When not working to improve the life of our patients and their humans, Alison enjoys going to zoos, and aquariums, and spending time with her significant other, Elliot, who is a firefighter and paramedic. She loves playing with her lab mix, Kawi. He is named after Kawasaki, because he used to accompany Alison on dirt bike rides in the mountains of Arizona. Kawi, like most labs, loves to go swimming and on hikes. Unfortunately, also like many labs, Kawi was good at getting into trouble. When he was a pup, he ran right into a jumping cactus. Kawi wasn’t so happy as Alison had to pull 20 cactus barbs out.

Alison also has a 13 year old grey domestic short-hair kitty, named Sassie. As a kitten, Alison would dress Sassie up, and she would fall right over like she was broken. Now, when not attacking people, or Kawi, she enjoys her days napping and playing with laser toys.