Is the cat in the box? 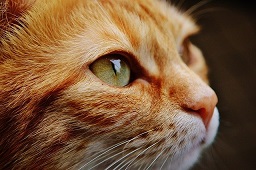 We sometimes take for granted how easy cats are to train to use a litterbox. Most take to it instinctively due to their desire to cover their urine and feces. However, for various reasons, there may be times when a cat avoids the litterbox and instead chooses other places to do their business. This can often be on carpeting, on piles of clothes or other less desirable areas.

So, why do cats decide not to use their litterbox? Despite what it may look like to us, there is always a reason behind this behavior and contrary to popular belief cats don’t do this to make us angry or “get back at us” for a perceived wrong. Trying to find the reason however can take some detective work and an ability to look at things from the cat’s point of view.

Whenever a cat starts urinating or defecating out of the box, the first thing that should be ruled out is a medical issue. When cat’s experience pain or discomfort when in the litterbox, they do not have the understanding to know that it is a medical issue causing their discomfort. In their mind they may think “when I go in the litterbox, I hurt. I will try to find a different place to go that does not cause discomfort”.  Having an exam, urinalysis and possible bloodwork done to look for a physical problem is the first step in trying to solve litterbox issues. Starting with the assumption that it is a behavior issue will do nothing but frustrate you and your cat if a medical problem is the underlying cause.

If a medical issue is determined to not be a likely cause, the next step is to look at the possibility of a behavioral or other issue. Below are some possible factors that can cause a cat to avoid their litterbox:

The bottom line is that cats typically prefer to eliminate in a litterbox, however may feel they have no choice but to go elsewhere if the conditions are not right for them. If we do a little detective work and try to look at things from the cat’s perspective, we can often correct this problem. Sometimes working with someone who specializes in cat behavior can be invaluable in figuring out the problem. Many times we have the tendency to look at things from a human perspective and can miss important information that can help us to correct things that are a problem to the cat. Starting with a call to your veterinarian is the first step in getting kitty back on track with using the litterbox.